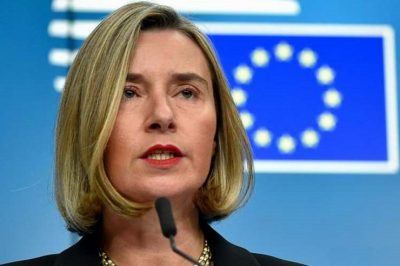 It may well be that the unilateral wrecking ball politics of the Trump Administration are bringing about a result just opposite from that intended. Washington’s decision to abandon the Iran nuclear agreement and impose severe sanctions on companies trading Iran oil as of 4 November, is creating new channels of cooperation between the EU, Russia, China and Iran and potentially others. The recent declaration by Brussels officials of creation of an unspecified Special Purpose Vehicle (SPV) to legally avoid US dollar oil trade and thereby US sanctions, might potentially spell the beginning of the end of the Dollar System domination of the world economy.

According to reports from the last bilateral German-Iran talks in Teheran on October 17, the mechanisms of a so-called Special Purpose Vehicle that would allow Iran to continue to earn from its oil exports, will begin implementation in the next days. At end of September EU Foreign Policy chief Federica Mogherini confirmed plans to create such an independent trade channel, noting,

“no sovereign country or organization can accept that somebody else decides with whom you are allowed to do trade with.”

The SPV plan is reportedly modelled on the Soviet barter system used during the cold war to avert US trade sanctions, where Iran oil would be in some manner exchanged for goods without money. The SPV agreement would reportedly involve the European Union, Iran, China and Russia.