The Real Reason Why Yugoslavia Was Destroyed

American political scientist Phil Butler wrote a column in which he claims that the destruction and disintegration of Yugoslavia was part of a wider plan of NATO. The intention was to weaken the geopolitical opponents of the Western bloc in the regions of the Third World and to ingest healthy economies of the nations in the region. 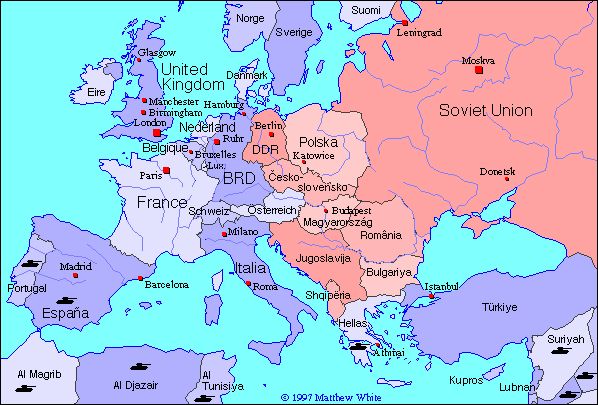 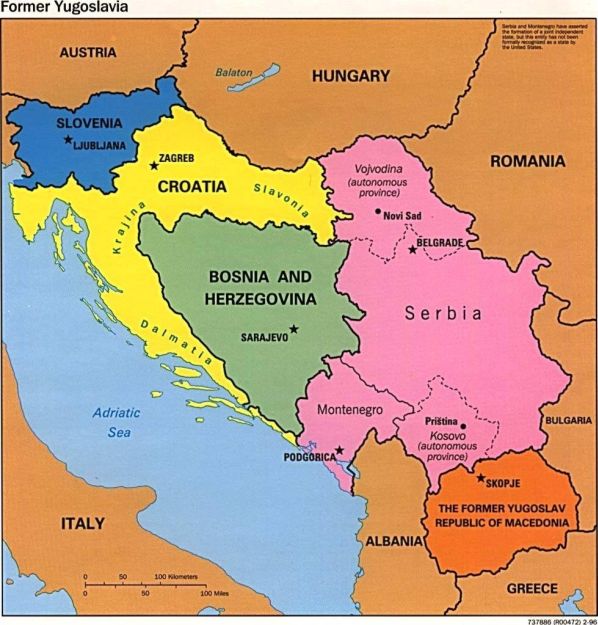 (images by this poster)

”Can you imagine Europe today with Yugoslavia as a key player among the nations? I can.   Yugoslavia was in fact one of the biggest cultural and social experiments in history. Established in the area of ​​the conflict of the former Austro-Hungarian and the Ottoman Empires, Yugoslavia has united two cultures in a way that has not been seen since the time of Alexander the Great, who after the vast conquest assimilated nations. The experiment, if you can call it that, lasted little more than half a century. Ideal for the reason that all South Slavic nations lived in one single country. The creation of Yugoslavia was partly also a geostrategic move from Britain and France, in order to slow or block Germany,” says Butler.

According to him, the provisions of the so-called. ”Corfu Declaration” laid the foundations of a constitutional monarchy that was in no way different from that England was based upon. 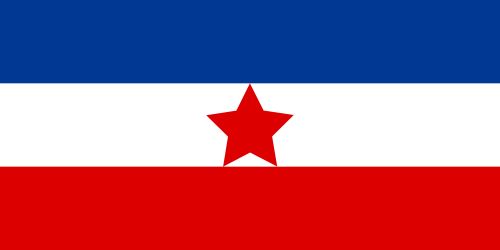 ”The rights and voting rights, and respect for the fundamental principles of the Illyrian movement were promising aspects of early Yugoslavia.

But then King Aleksandar abolished the constitution and elections, but the common life of ethnic and cultural groups has continued to provide hope for the future. War, political intrigues, internal and external pressures were at that time difficult burden to this new world power in the making. As was the case in many such experiments, at the end the authoritarian rule became necessary, perhaps even desirable, ”says Butler.He says he a national hero Josip Broz Tito became that ”dictator”, but he gained worldwide fame and firmly kept things under control, and Yugoslavia played a major role on the world stage.

”However, when his power weakened, opposing forces have found their footing. There is no scientists or politician who today does not speak, but Tito’s role in the founding of the Movement of Non-Aligned nation states was large and very important, especially for people who now live in Croatia, Serbia, Montenegro and other former Yugoslav countries. The ideals of the Non-Aligned Movement and its foundations were laid in Belgrade in 1961. In the creation of this movement participated Tito, Indian Prime Minister Jawaharlal Nehru, Indonesian President Sukarno, the Egyptian President Gamal Abdel Nasser and President of Ghana, Kwame Nkrumah.

In shortest lines the idea of ​​Non-Aligned Movement explained the leader of Cuba, Fidel Castro, in a speech in Havana in 1979.

”Non-Aligned Movement exists to guard national independence, sovereignty, territorial integrity and security of non-aligned countries in their struggle against imperialism, colonialism, neo-colonialism, racism and all forms of foreign aggression, occupation, domination, interference or hegemony as well as against policy of the great powers and blocs,” Castro said then.”So, in essence, the Non-Aligned Movement has sought independent development of the nations among the great powers with the idea that negates the Cold War. Of course, the big powers that were engaged in ideological wars had their strategies, that included absorption of each of those independent and poor countries,” says a US expert.

As we see today, Butler writes, the strategy was to cause battles that lead to fragmentation, division and the creation of the powerless countries and peoples around the world.

”The disintegration of Yugoslavia is the best example, where today no country favors the Non-Aligned Movement. Instead, the EU and NATO were the gravitational forces that attracted Slovenia, Croatia and others. We now see remnants of the Cold War strategy in the fact that Belarus and Azerbaijan are the only two remaining members of the Non-Aligned movement in Europe, and Fiji as the newest member joining 2011. However, the 2012 Non-Aligned Movement summit has seen more visitors than any previous year, and perhaps a sign of the crisis of the West. With the declared purpose of ”fighting for peace in the world” and its fundamental dogmas, the movement is still, at least in theory, worth middleman frame. But let me get back to the case of Yugoslavia, and what it might have been if it exsisted today,” Butler said. 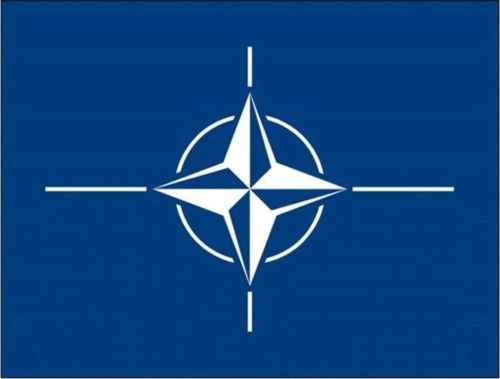 According to him, looking from a distance at the breakup of Yugoslavia, it is evident that it was embedding in Washington’s geostrategy that was implemented everywhere, including severe methods. Actions of Clinton administration at that time were secret to the public, just as they are today.

”Reading through Washington’s propaganda ”think tank” Brookings Institute you discover this. The article ”The decision about intervention – How to end the war in Bosnia,” from 1998 author Ivo H. Daalder begins with:

”While today many are writing eloquently and passionately to explain the failure of Washington and the West to stop ethnic cleansing, concentration camps and massacres of hundreds of thousands of civilians, few have risen this issue in the summer of 1995, when the United States finally decided to take a leading role in ending the war in Bosnia. ”

But the truth is, says Butler, much simpler than reality.

”No one needs think tank to find out why President Bill Clinton hesitated to intervene in Bosnia. Clinton has in fact continued the policy of his predecessor, George HW Bush, whose aim was to destabilize the Yugoslav socialist success. 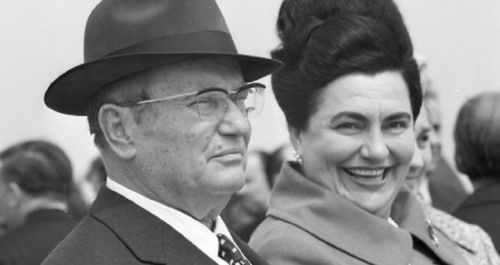 Now we know that secretly trained rebels played a key role in the fragmentation of the region through the organization known as the Atlantic Brigade, which fought during the war in Kosovo on the side of the Kosovo Liberation Army (KLA), and numbered approximately 400 armed fighters, as it is written by ” Christian Science Monitor ”in 1999.

This report reveals that the US under false pretenses led proxy war in the former Yugoslavia.

As for as concerning Bill Clinton and his unwillingness to intervene in the region formerly known as Yugoslavia, it’s a dirty history of genocide and endless lies,” says Butler.He writes that the story that he has found is the story of a Frenchman who trained the Atlantic Brigade, which reminds us all of later Ukraine, Libya and Syria.

”You see” the patterns ”that lead us to the truth more than enough.

The gruesome execution sites of legitimate Yugoslavia were used for investments in the division of the remaining pieces of land, with the help of the American president, the British lord and German industrialists. Atlantic Brigade operated in various proxy wars in the Balkans, and important members of her were deadly killers from abroad. Top American functionaries known them well and controlling them they were pulling their strings in Kosovo and throughout the Balkans. Yugoslavia became a prototype example for the operation in Afghanistan and Iraq, the Arab Spring. Names such as Madeleine Albright, Javier Solana, General Wesley Clark and others are still mentioned.

The members of the governments of ex Yugoslavia have literally planed transform its nations and countries to key players to creditors and investment ”Eldorado”,” Butler said.The story of the genocide in the name of democracy is a terrible one, says a US expert.

”Most peoples of the region was sent 200 years back into a kind of medieval existence without hope. The only glimmer of hope for the majority of former ”Yugoslav” is, quite naturally, the EU and NATO. As I write this the American, British and German planners already governing Syria. Famous Rand Corporation is preparing a plan of division of that sovereign state. For those who are not aware, Rand Corporation is ”big brother” of all hegemonic think tanks,” says Butler and poses the key question – Who and what for has destroyed Yugoslavia?

”Certainly there were crimes and genocide by both sides in the conflict, from Kosovo to other wars in the Balkans. But that’s not the point why I focused on this catastrophe.

First of all, none of the peoples of the former Yugoslavia today has a right to vote.

Secondly, the division among these nations has led to the death or displacement of millions of people. But my ”fantasy” about Yugoslavia could perhaps be a surprise. Let me conclude.Yugoslavia was built on the idea that in it Southern Slavs would not remain weak and divided nations. United in Yugoslavia they would not be an easy prey to imperialist intentions, as we see is happening today,” said Butler.

He says that it is the fact that after World War II socialist Yugoslavia became a kind of European success story.

”Between 1960 and 1980, the country had one of the most important economic growth rates in the world, a decent standard of living, free health care and education, guaranteed right to work, one month paid vacation, a literacy rate of over 90 percent, and life expectancy of 72 years.

As far as I know, none of the Balkan states today can dream of even half of such prosperity.It was such progress that made Western powers a desire to destroy Yugoslavia. Multi-ethnic population of the country had a favorable public transport, housing and utilities. Non-profit economy was largely state-owned, which was not the best example of Western democratic love. At that time, far from the resources were Germany, France or Great Britain, and bankers of London and Luxembourg were unable to extract billions from that socialist system,” says Butler.

He argues that Yugoslavia had to die, and Reagan, Bush senior and junior and Clinton have helped to make this happen.

”The award-winning author, political scientist and a visiting associate at the Institute of Political Studies in Washington, Michael Parenti, often talked about the disaster in Yugoslavia. According to Parenti, the US objective was to transform the Yugoslav peoples in the region of the Third World, and that could be done by the division of the country, which will then open up its economy to the corporate elite and the western bankers. After the disintegration of Yugoslavia, the newly created countries are supposed to be:

1. Unable to follow an independent course of personal development.

3. impoverished, but educated and skilled population that will be forced to work for minimum wage, which would represent a cheap labor pool that will help to lower wages in Western Europe and elsewhere.

4. dismantled automotive, petroleum, heavy machinery, mining and petrochemical, and various other industries that should not be in competition with existing Western producers.

Does this strategy sound familiar? Remember the Rand Corporation’s plan for Syria. Have Ukraine and Crimea, Danbas understood this before Euro Maidan? What is the plan at the end for Russia?

Butler says that although this sounds ominous, it’s just the world we live in today.