Posted on September 15, 2019 by Ove Svidén
FRANCE
“An iintegrated mosque for a progressive and spiritual Islam”: the project by Éva Janadin and Anne-Sophie Monsinay, published in conjunction with Fondapol.Fondapol

Several French Muslim women are trying to lead prayer sessions in France. They face major opposition, but on Saturday two French women who converted to Islam led the country’s first non-segregated prayers where wearing of the veil was not compulsory.

Eva Janadin and Anne-Sophie Monsinay led prayers before a congregation of 60. Men and women kneeled, side by side, in a room in Paris hired for the occasion.

For security reasons the location remained secret: an indication that fundamentalist Muslims are still struggling with the move towards a more “inclusive” expression of Islam in France. 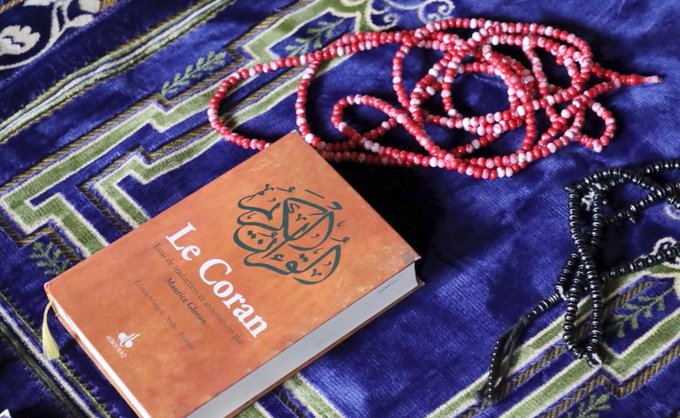 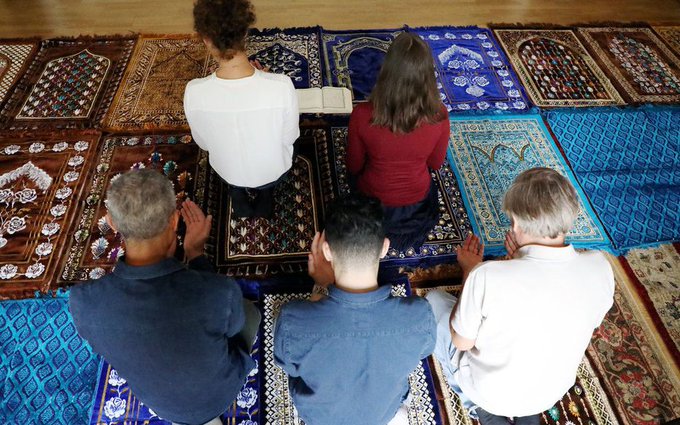 352 people are talking about this

In a report by Le Parisien, Ann-Sophie Monsinay said they had faced opposition but that thankfully “there had been more encouragement than threats”.

Janadin teaches history and Monsinay music. They both converted to Islam around a decade ago and in 2018 co-founded VIE (Voice of an enlightened Islam) with the aim of opening a place where they could lead Friday prayers.

This historic first session was held on a Saturday “for logistical reasons,” Janadin explained, but “all the other meetings, held monthly, will be on Friday evenings in line with traditional practice”.

VIE worked on the project alongside Fondapol (foundation for political innovation) and has just received the funding to be able to preach once a month for a year.

The idea is to measure the demand for this inclusive form of Islam which, in Janadin’s words “reconciles faith with reason and critical thought”.

“We are helping to build a French Islam, adapted to what modernity has achieved,” she told Le Parisien.

The two women would then hope to a find permanent premises, the first in France to be managed by women. It will be named Simorgh mosque after a mythological bird in Sufi poetry.

Another project to open a similar mosque is being led by Kahina Bahloul, a researcher in Islamic Studies. Along with Faker Korchane she hopes to open Fatima mosque and has just launched a crowdfunding campaign to raise the money for premises.

But 40 year old Bahloul told AFP she was struggling to find them.

“Finding premises is the hardest thing,” Monsinay said. “Perhaps there is a problem with the term ‘mosque’ and the message it sends out. And yet it’s just a place where you pray.”

The power of patriarchy

“It’s complicated because no town council wants to help them,” Didier Leschi, president of IESR (European institute for the science of religions), told AFP.

And yet the women insist Islamic theology does not forbid women imams; the barriers are simply cultural and psychological.

According to Tareq Oubrou, imam of Bordeaux, “the texts are not against the imamate being entrusted to women. What counts is ability, not gender.”

Nonetheless, he recognises that “the social structure at the mosque remains very conservative.”

Dalil Boubakeur, rector of the Paris Mosque and interim president of the CFCM (French council of the Muslim faith) said they were examining the question. “Our imams are studying the texts to see if there is a solid basis justifying the desire of these women to be able to lead prayers.”

France not leading the way

France is “lagging slightly behind” other western countries according to Ghaleb Bencheik, president of the Fondation de l’Islam de France (French Islam Foundation). He attributes this to “a general atmosphere polluted by violence and terrorism” over the last few years.

The US has had female imams since 2005 when Amina Wadud led the first prayers in New York. In Denmark, imam Sherin Khankan created the Mariam mosque; Canada, London and Berlin also have women leading non-segregated prayers.

Monsinay, Janadin and Bahloul are convinced there is demand here in France for their projects.

“There is a silent minority, maybe a sizeable minority, of progressive Muslims, who don’t go to traditional mosques and end up praying alone,” said Monsinay. “They’re waiting for a project of this kind.”