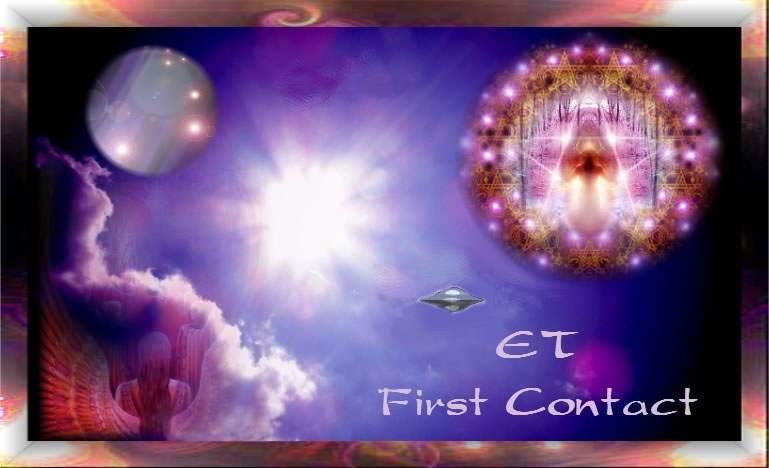 Nothing can stop the progress to the ultimate goal of Ascension. The Illuminati have been severely weakened by losing vast amounts of wealth that are necessary to keep their plans afloat. They also find that they no longer have the degree of command to keep their military objectives going. They see their command and authority weakening and cannot continue to maintain their previous level of domination. As the arrests continue they are losing control of events that threaten their demise, and they realise that they can no longer be certain of achieving their plan to take control over the world. Even in Space they are not the force they used to be, and are also confronted by ET’s who align with peaceful forces of Earth. The battle rages on but there can only be one winner, and that is the Forces of Light.

As the vibrations continue to lift up there is an awakening and purification occurring, and your DNA is gradually operating at a higher conscious level. In the course of time everything will change for the better and it will include your politics. Time capsules already exist that will trigger them when the right circumstances exist. They will be gradual and everything will be affected for the betterment of the Human Race.
Much is at the ready to come into being and has been well prepared for quite some time. The coming years will be those that will go down in history, as the most important you will have experienced in this new cycle. Many times you have failed and previous ones have never reached this stage before, and you are to be congratulated for having moved past 2012 into the New Age entirely due to your own achievements in having moved firmly into the Light. But for your success, the old cycle would not have continued as it has done so.

Chaos rules in many countries as the needed changes are resisted by those in charge. However, regardless of whatever action is taken to prevent them, they cannot be stopped and must precede the introduction of those things that lift you up. Be assured the changes will come, and they have been ordained by higher Beings who carry out the Will of God.

Over the course of time you have been given many indications as to what you should expect. So have no doubts that the New Age is upon you, and very soon you will begin to enjoy the advantages of it. However, the immediate priority is to establish governance that reflects the coming changes, and has those at the helm who are of the Light. Many negative souls have found their way into positions of authority and they must be removed, and such steps have been in hand for some time now. Gradually the changes are making a difference worldwide, as will be seen when the new governance of the U.S. takes its place in Congress.

The changes are so important to your well-being, and will enhance the efforts being made to bring about world peace. It will sound impossible when the present events on Earth are considered but time will tell, and success is assured because of the planning that has been made and the help being given by those off planet. There are many different groups standing by to assist you, but only when they are permitted to do so without infringing your freewill.

In short time all that has been promised will manifest and you will not miss out on anything at all. For so long you have been given details of what is to come and very little has changed. Once matters are seen to be going forward you will see that much has been prepared in advance, so that no time will be lost in presenting the advantages to you. They must come in an orderly fashion so that you are not overwhelmed, and that is a distinct possibility in view of the extent to which they will take place. Be assured that during this period of change you will get help from other sources, and you will undoubtedly be pleasantly surprised at the outcome.

There is an allowance being made for all changes to progress over a number of years, in an orderly manner according to your needs. The changes will be far reaching and cover much more than you have possibly anticipated. Life will be constantly changing for the better, and because those who have tried to hold back progress will have been removed, nothing will cause any holdups. With the cessation of wars and any such confrontations however small, real peace such as never experienced in your history will descend upon Earth. It will be fully deserved by you for your dedication to God and for maintaining a level of love for Humankind that has enabled advancement into a New Age.

In the years to come you will receive many surprises and celebrations for your achievements. Perhaps you might consider that meeting your Space families will be the highlight of the changes that are coming, because you will be renewing contact with those who know you well. They have followed your progress and urged you ever onwards, and given encouragement when your willpower may have weakened. You will eventually get to know various Beings who come to meet their own to renew old relationships, and joyful reunions will take place.

In the meantime avoid attaching yourself to the negative energies that abound on Earth. Even talking about them may draw them to you, particularly if you allow yourself to become angry. By all means think about the negativity around you and send it love to soften its affect without any personal feeling of a negative nature. You the Lightworkers have so much more power than you imagine so use it wisely without any discrimination. Every soul on Earth has the potential to become a Light worker, and when the time is right they will be given the “tools” to enable them to do it. As much as you may wish to bring every soul to the Light, there will always be a right time and when it arises be assured that their Guides who are fully aware will seize the opportunity on their behalf.

Re-valuation of the currencies is still waiting the go-ahead, but it is still a decision that must be made at exactly at the right time. So much is at stake and the ability of the Illuminati to interfere still remains even although its power has been drastically reduced. The Galactic Forces standby, but there mandate requires them to only become involved when requested by the Higher Beings who oversee events. Be certain however, that much help is given in many ways that does not entail them taking on the Illuminati. Victory is assured for the Light, and now it is only a matter of ensuring that everything is fully prepared for a final burst of Light to lift the vibrations even higher. You shall see a multitude of changes commence, that will leave you in no doubt that you have truly entered a period of peace upon Earth.

I leave you with love and blessings, and may the Light brighten your days and path to completion. This message comes through my Higher Self.

In Love and Light.