Received via email at 10:53 AM EDT for publication. ~ Dinar Chronicles 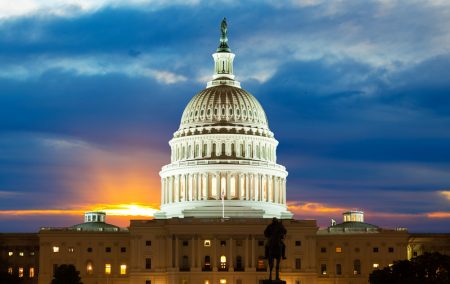 … all we have confirmed additionally is that the RV (NESARA Funds)  will release sometime before the 2017 holiday shopping season starting in November.

How long the runway is to hydrate the world for that massive spending bonanza is still unknown.

Could be today, could be October… it’s a sensitive issue at this moment.

The human instinct of fear is irrationally heightened given the volume of change that is now emerging over the horizon.

The dawn of a new day is here, and the sunlight continues to intensify and replaced darkness with light.

There’s no stopping this mercy. Only surrender to it.

If you’ll recall we experienced the same fear last year at this time, when the NPTB pushed it out until after ISIS was defeated and all the major UNSC elections completed in 2017.

The last of the major G20 elections is Germany on September 24, 2017. Is humanity still terrified to manage this unprecedented blessing from heaven? Yes.

Does that matter? No. As the implementation process is being taken away from humanity on Saturday.

Politicians, military and banking officials want as much time to game theory out potential issues that will arise.

The longer they can delay, the better prepared they will be to make a smooth transition.

One problem, God isn’t waiting anymore and it’s humanity’s responsibility to adjust on the fly.

This is the basic concept behind natural selection also known as survival of the fittest.

The cabal was not fit morally. Neither are the half in, half out fiat currency redeemers.

The fittest are the meek who depend on God as their intentions are pure down to a cellular level. So be thankful for your struggles and poverty. It’s actually an honor given the changes forthcoming.

What people are afraid of, including the Elders, is the unknown.

Because all with an inkling as what’s about to happen knows that everything will change so radically post-RV, no one is fully prepared.

Political parties will implode and politics will become a series of individual voting events.

Hunger and poverty will wash away from the face of the earth.

The need and beliefs around for profit work will vanish and service will become the world’s most important industry.

Healthcare will truly be universal for all.

Repressed technologies and products will flood markets and elevate every industry overnight.

Infant mortality will drop off a cliff.

Human trafficking will begin a much needed death spiral and ultimately end.

Drug abuse will reduce and natural addiction remedies will be allowed to reconnect brain synapses and heal abusers back to their souls.

Sports will take on very different meanings in society as competition will be revealed as malevolent and inefficient.

All religions will reform to pure truth of their origins and ultimately merge into one truth–eliminating the need for manmade religion.

Education models and curriculum will be updated and replaced.

The concept of school will radically alter to become communal spiritual entities versus mandatory teaching outlets.

The restoration of family and community values plus elderly reverence will again return in full.

The population of the earth will naturally reduce after the event versus artificially.

Clean, green & free energy will replace the need to pay others for daily utilities–including water and electricity.

Extraterrestrial life forms will freely be seen, known and peacefully interact again within the real of human society.

All cellular causes of disease and birth defects will be re-calibrated, healed and eradicated over time.

There’s no more struggle folks. Try as you might to find some–it’s just vibrationally no longer present in the dimensional plane.

Fear is thus a shadow that disappeared with the dawning of the Age of Aquarius.

God is with us.