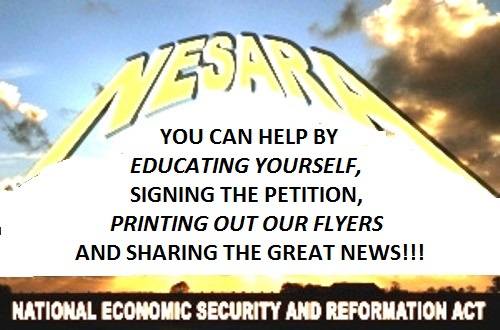 See also the dirty 9/11 part of the false flag operation:

…. But George Bush, Sr. Moved into to White House to steer his son on how to block the Announcement of NESARA Law. September 10, 2001 On September 11, 2001 at 10 AM Eastern Daylight Time, Alan Greenspan was scheduled to announce the new US Treasury Bank system, debt forgiveness for all U.S. citizens, and abolishment of the IRS as the first part of the public announcements of NESARA. Just before the announcement at 9 am, Bush Sr. ordered the demolition of the World Trade Center’s Twin Towers to stop the International Banking computers on Floors 1and 2 in the North Tower from initiating the new U.S. Treasury Bank system. Explosives in the World Trade Center were planted by operatives and detonated remotely in Building 7, which was demolished later that day in order to cover- up their crime. Continue reading →